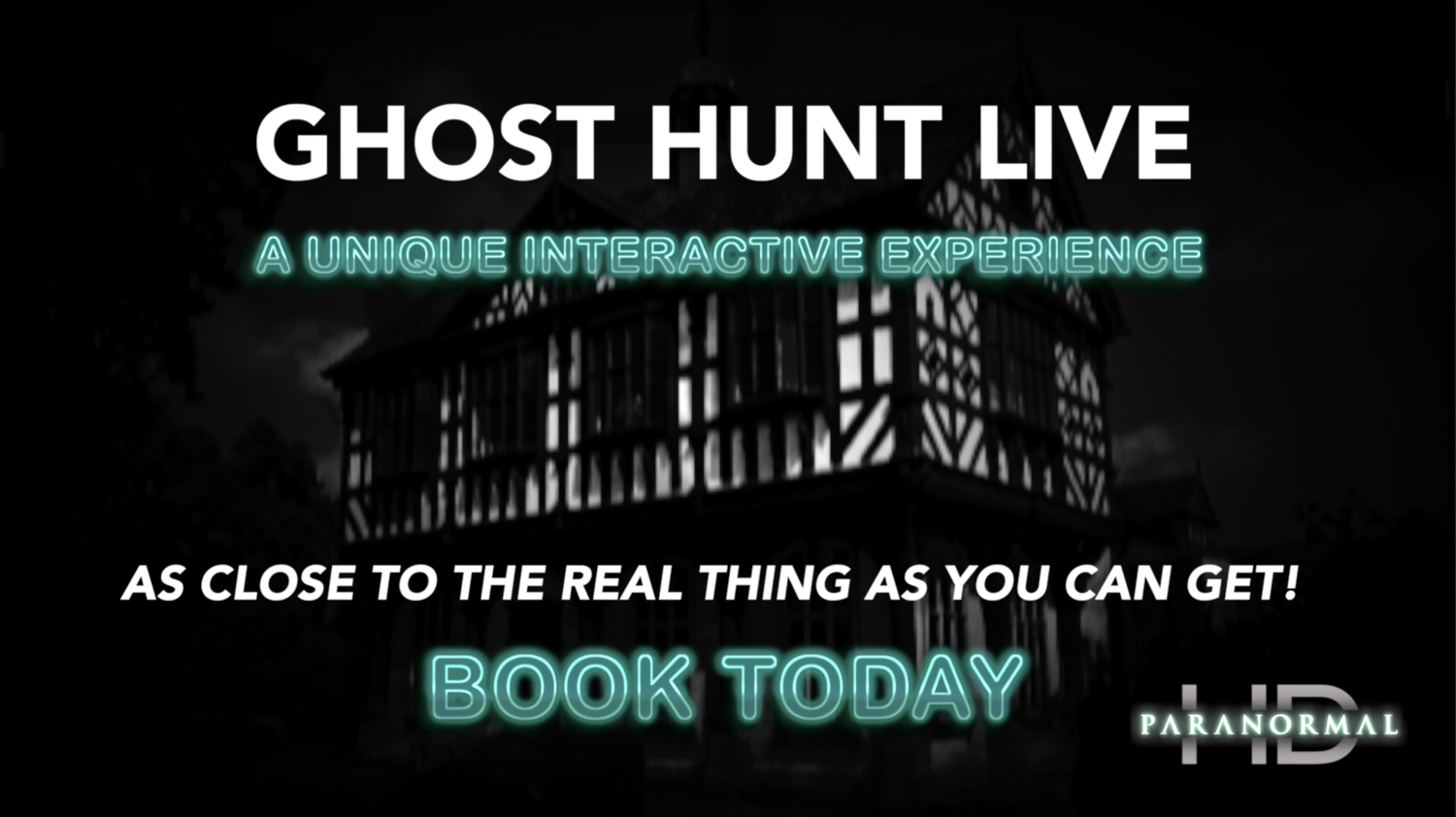 AS CLOSE TO THE REAL THING AS YOU CAN GET!

In this groundbreaking experience HD Paranormal will welcome you to this historic 17th century listed building..from the comfort of your own home!

You will enter our virtual network where you will see and hear all other participants as we investigate this building room by room. Here are just some of the things you will be able to do:

- Take part in calling out vigils

- Tell the team when and where to move to

- Choose which equipment is used throughout the evening

- Conduct your own EVP sessions remotely

- Join in our unique Ouija 'energy' experiment through your screen!

- Gather for the closing seance by candlelight

Built in 1633 by the Kings official Carpenter John Able this building originally stood at Buttercross in the town, which was the site of the gallows. There are tales of men being hung, drawn and quartered here then their quarters being nailed to the building as a warning to others. While that's enough to make anyone shudder, it's perhaps the bizarre creature that is said to haunt this location that is even more sinister?

In the summer of 1970 families were enjoying the weather on the green outside when they saw what was later described as a "small, male, see through" figure jump over the hedge from the garden and fade away. One witness described it as "absolutely evil". An explanation has never been found. Interestingly, the building has many grotesque gargoyles carved into its beams may say resemble the sighting.

Strange noises, disembodied footsteps and levitating objects have all been reported here not to mention the ghostly hooded figures seen in the walled garden and surrounding area. Being next to the 13th century priory and graveyard, the location of a mass slaughtering of nuns in 700AD may account for this!

Be part of this FIRST virtual Ghost Hunt and get close to the action...without leaving home!

What you will need:

Save this product for later
Display prices in: GBP